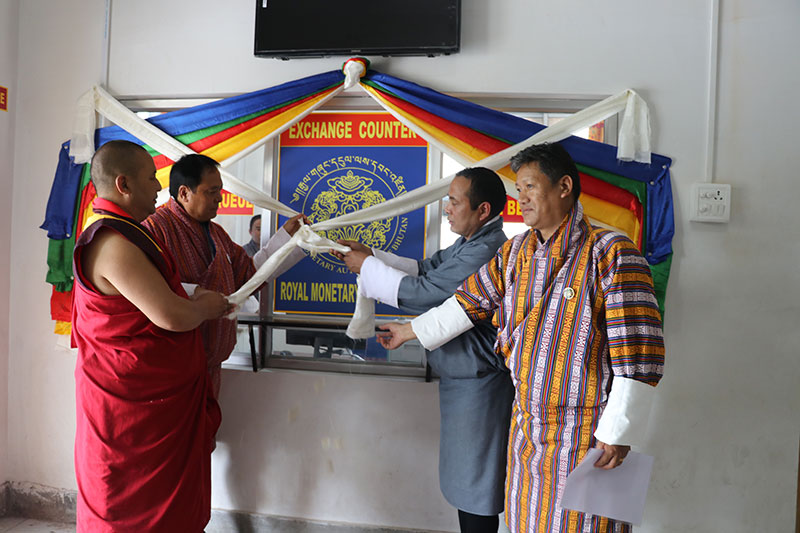 The Royal Monetary Authority of Bhutan(RMA) is pleased to inform the general public about the opening of INR Exchange Counter at the Department of Immigration Office in Phuentsholing with effect from July 06 2018.

Exchange of Indian rupees(INR) into Ngultrum :

All visitors can exchange their unspent Ngultrum at RMA Exchange Counter Phuentsholing into INR on their return journey to India upon production of the original Exchange Memo.

Denominations and limit on the acceptance of Indian Rupees Cash:

India rupees cash in denominations up to only 500 shall be accepted.